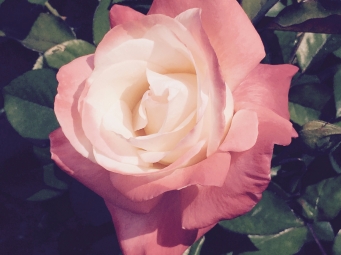 The Third Quarter of the Yoga Sutras of Patanjali describes the second stage of Enlightenment; Exalted Consciousness. There are no techniques in the book to accomplish this. The Third Quarter is a treatise on the mechanics of this growth; it is not a how-to manual. I have found the Yoga Sutras to be a “road map” of the stages of human consciousness. Nothing will replace the power of direct embodied experience.

The Technique of Samyamah is given by a Sage to her student at the point when the student arrives in Stabilized Ascendent Consciousness. The giving of Samyamah is an in -person event. It is passed on from one open heart to another – energetically and with resonance and focus. If the student has not stabilized Ascendent Consciousness, this technique is a waste of time and can actually have the opposite effect. It is the relationship of the Mastery Teacher and her student that discovers the timing together.

There is always more……..

“there is no cookie-cutter enlightenment”

We design our spiritual retreats from the intentions of our participants. What we do is provide the environment for you to recognize and nurture the experience of God within you. We implement a state shift that opens up for the next six months following the retreat. This is achieved by design, the community group dynamic, the practices, and listening for the Life that presents Itself when we discover and navigate together.
Loading Comments...
%d bloggers like this: